Last night I was having a blast chatting with Negator77 on Mtgo while playing the D&T vs Turbo Lands matchup. We had been chatting about optimal lines to take and giving each other feedback. For reference, here’s the decklist:

The board had gotten a little complex, which is normal for this matchup. D&T has so many angles of attack against the Turbo Lands strategy that it can be very difficult to wiggle through between various things like Rishadan Port, Wasteland, Karakas, Flickerwisp, and Swords to Plowshares. At one point he paused for a couple of minutes to think. While he usually felt pretty good about what lines to take, this situation was particularly tricky. Here’s the boardstate: 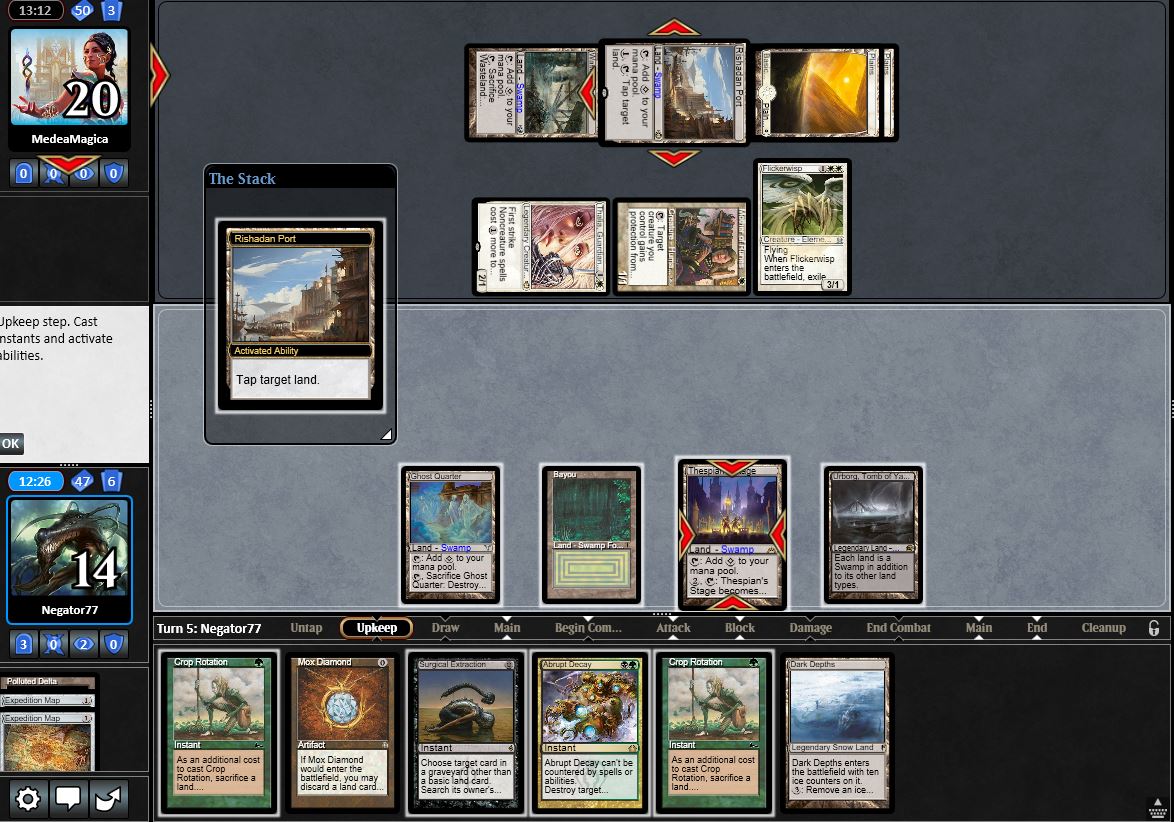 As the Lands player, you have a board of Ghost Quarter, Bayou, Thespian’s Stage, and Urborg, Tomb of Yawgmoth. You hand contains 2 Crop Rotation, Surgical Extractoin, Mox Diamond, Abrupt Decay and Dark Depths. It is currently your upkeep, and your opponent activated Rishadan Port targeting your Thespian’s Stage.

On the board, you are staring down two Plains, Wasteland, Rishadan Port, Thalia, Guardian of Thraban, and a Mother of Runes that could protect a flier from Marit Lage. Your opponent has three cards in hand. The way your opponent has played suggests that they have Karakas in hand as well, but this is just your intuition.