I’m back! Latin Academy, as always, was an amazing experience. It’s exhausting and intensive, but an absolute blast. It’s rare to have such a talented and motivated group of students, so I give it my all for a month every year. 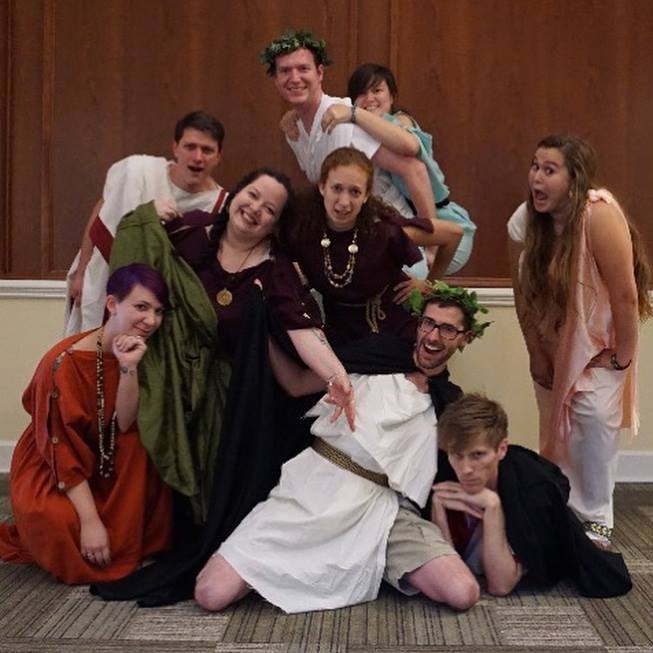 While I was gone, a few other people picked up the D&T content production slack. Reddit user Douges wrote a great article on Rishadan Port that’s really worth reading if you’re unsure about how to get the most out of your utility land. For those of you that like Discord servers, we now have a D&T specific Discord server thanks to Reddit user StaticGripped. The invite code is EqTF7y5 if you want in.

Now that I’m back (and that ridiculously stacked Pokemon Go event is over…), expect new content again regularly. I bought D&T on MTGO, so I’ll start streaming within about the next week. If you want to preemptively follow me, it’s Deathandtaxesftw on Twitch. Link. I’ll likely have a couple of test streams over the next few days where I’ll try to figure out the mechanics of streaming and figure out if I need to buy any new equipment. I still have a decent amount to learn about both streaming and the MTGO client (like not using F6 when you have a Mother of Runes…), but I’m excited that I can sit down and play a GP worth of matches in a day without leaving the house. Once I have everything figured out logistically, I’ll put a stream schedule up on my new Travel Schedule Page.

As far as content goes, I’ll be playing D&T in three formats. Here’s the list I bought on MTGO for Legacy.

This is probably not what I would bring to a paper tournament, as I’m partial to Magus of the Moon at the moment, but it’s something I want to try. I’m not actually convinced that SoLaS is good, but Andrew Calderon spoke very highly of it. I’m giving it a shot accordingly, but my initial 18 or so matches online haven’t shown me that it’s actually worth the slot. This is a safe and conservative decklist, not opting for any of the flair I’ve been trying out in recent times.

Roanoke’s 5th Vintage League kicked off yesterday, and I’m jamming the equivalent of D&T there too! I should probably give up and just play Shops, but I’ve had this idea floating around for a little while and wanted to try it.

I think Containment Priest and Eldrazi Displacer are in many ways the weakest portion of the Eldrazi White deck. They are necessary in some matchups, but with the format moving towards Mentor/Shops dominance (20+% each) and away from Oath/Dredge (~5% each), it might be correct to try and hedge in other directions. This is experimental and likely not good enough, but it’s worth exploring.

I’ve also been playing a little bit of Modern. Brian Coval tore through the Invitational at the end of June with D&T, and the decklist caught my eye. I made a couple of very small changes to his list based on his recommendations and ended up with this.

This deck has absurdly good percentages against the top of the format, and it often feels like a bye when you get paired against a GB deck. Death’s Shadow and Fatal Push look pretty silly when staring down a playset of Mirran Crusader. The issue is that this is a metagame deck rather than something that holds long-term promise. It lacks some of the raw power and utility that Legacy D&T has, so it isn’t generically good against the average deck in Modern. When your hate and threats don’t line up well against your opponent’s deck, it hardly feels like you are playing Magic. The deck isn’t quite proactive enough to beat a bunch of the “random jank” decks of the format. Then again, it’s also a deck very capable of doing “Legacy stuff” as my friends call it. I don’t know if you’ve ever played Restoration Angel alongside Flickerwisp, but you have an absurd degree of flexibility in resource denial and blinking timing when you have both of those cards.

I’ll play around with this deck a little more, but ultimately I think it’s not worth my time investment. The deck really lacks enough good 1 and 2 drops, which is a very bad sign for Modern. Modern also isn’t a format where you can necessarily specialize in a deck, at least not to the degree you can in Legacy. The long, grindy, and controlling game D&T wants to play isn’t necessarily the correct choice for most weekends given how aggressive everyone is trying to be in getting you dead.

I do want to highlight a legacy decklist that caught my eye. Ever since Renegade Rallier was printed, I’ve been wondering if Maverick might make a comeback. I’ve always loved a soft lock via recurring Wastelands, so I was hopeful that would be the thing that pushed Maverick back to the forefront. Obviously, it wasn’t. Then Top got banned, and Maverick lost one of its harder matchups. Again, still no Maverick. Then we got Ramunap Excavator… Huh, that’s neat. Is that good?

One of my local players, Connor McBroom, tried one in his Maverick list. He loved it and it was one of his most commonly fetched Green Sun’s Zenith targets. Fast forward two weeks. He now plays four of them.

To put it simply, this deck is pretty annoying to play against. Ramunap Excavator is good as both an offensive and defensive card. Offensively, it allows you to recur Wastelands to tax your opponent’s mana or gives you the ability to recur the Thespian’s Stage/Dark Depths combo. Defensively, it protects your utility lands against opposing mana denial. The snake gives the deck a good deal of card advantage and an additional angle of attack while also serving as a respectable blocker for many of the format’s smaller attackers. It also gets pretty cute with Horizon Canopy as a draw engine or Dryad Arbor for chump blocks.

Connor and I both think that the deck still needs some fine tuning, but the conceptual ideas and core of the deck are very strong. After watching Todd Stevens decimate with Azusa, Lost but Seeking alongside Ghost Quarter in Modern, he wants to try one in this list as a way to really go off. One Wasteland a turn is crippling. Three is unbearable. At that point, you can Waste your opponent’s fetch, forcing them to fetch a land that you can then Waste. Azusa might not be good on its own in many cases, putting it on the wrong side of playability, but the idea is certainly worth testing. The Ghost Quarter really ramps up the land destruction component of the deck as well, as three Ghost Quarters in a turn will quickly exhaust even the most basic-heavy decks.

There are a couple of notable exclusions from the deck, most notably Mother of Runes. Historically, Maverick has often played “protect the queen” with one big threat (Stoneforge Mystic, Knight of the Reliquary). This iteration of the deck is much stronger on the mana denial portion, and the cuts have to come somewhere. Once you trim Moms, going down another Stoneforge or two seems fine as well. It’s possible that one piece of equipment or the second Renegade Rallier should get the axe for the 4th Knight of the Reliquary.

The other notable exclusion from the main is Dark Depths. This deck *really* needs to curve out. Utility lands like Dark Depths and Maze of Ith don’t actually contribute to that goal. Many players will still play scared of the combo finish anyway off Knight of the Reliquary, so it doesn’t matter too much if it isn’t in the deck for game one.

In Connor’s words, the sideboard is an atrocity. There’s not a great balance for how many cards need to come in/out for each matchup yet, and some of the slots may not be correct. Solemnity is there as a deterrent to things like Infect creatures, Aether Vial, Chalice of the Void, Endless One, andUmezawa’s Jitte while also being a great combo with Dark Depths. Admittedly, it doesn’t work well with his own Engineered Explosives or Jitte.

I’ll put up an announcement once the stream is fully functional and go to go, but I look forward to chatting with all of you more on stream!